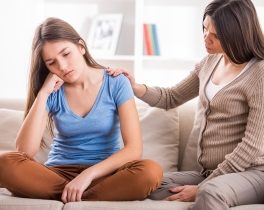 What do you do when you know your teen needs treatment for addiction in Fort Lauderdale, but he or she won’t agree to go? This situation is common for parents of teens with drug addiction or alcohol abuse problems, but help is available. The most important thing to do is to find the resources in your community that can support your family as you confront your teen’s addiction.

Start by finding a teen substance abuse program that can help with an intervention. Teen rehab programs frequently have experts to help you plan a productive intervention with your teen as well as an effective treatment plan. Be prepared to make multiple interventions if necessary. Family counseling and parent support groups can be extremely beneficial as you navigate difficult questions about tough love and support. Allowing your teen to experience some of the consequences of not seeking treatment can be an important step. Work closely with a teen rehab program as you try to get your child into treatment and keep the lines of communication open with your team to allow the recovery process to begin.

Underage drinking is a rampant problem. According to the National Institute on Alcohol Abuse and Alcoholism, 35.1% of 15 year olds have had at least one drink and 14.2% of people aged 12 to 20 report binge drinking. Because underage drinking is so common, parents may take a casual attitude to it, especially if they believe their child only indulges occasionally. However, teenage drinking is dangerous. Every year, over 4,000 people under age 21 die in alcohol-related incidences, including alcohol poisoning and car crashes. It can also lead to alcoholism and brain development issues. How can you determine if your child has made one mistake with alcohol or needs treatment for alcoholism in Fort Lauderdale? Here are some signs that your teen could be struggling with alcohol abuse.

Changes in your child’s standing at school could indicate that he or she is abusing alcohol. Your child’s grades may fall, and he or she may begin to have discipline problems in the classroom. Teens who are abusing alcohol frequently lose interest in sports or other extracurricular activities they once enjoyed. Your child may also miss school because of health issues more frequently, often because of alcohol withdrawal symptoms or from having a hangover from overindulging.

Drinking heavily can cause mood swings in teens, as they cycle repeatedly from intoxicated to sober. You may notice that your teen is increasingly irritable or depressed, or that he or she is withdrawing from family activities or from their usual circle of friends, in favor of a new group of peers. For people struggling with alcoholism, these mood changes can be caused by withdrawal symptoms.

Sometimes, parents can identify the signs of alcoholism simply by looking for the physical signs of alcohol consumption. Red eyes, slurred speech, and smelling like alcohol are all indicators that you need to discuss drinking with your teen. Teens who are drinking heavily on a regular basis often tend to have poor physical hygiene. Consider talking to an addiction specialist if you need help intervening with your teen’s alcohol use. 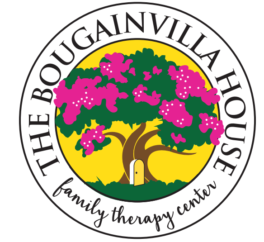 Teens have begun turning to their parents’ pain medications to get high, as well as their own medications for ADHD. They share pain medication, Adderall, and other drugs amongst each other at parties and even at school, to focus before a test or get a boost to get their homework. They often underestimate the dangers of prescription medicines, but in reality, these drugs have very high risks of addiction and can be deadly. Fortunately, treatment in a substance abuse program can help teens who do become addicted recover safely.

Heroin use is becoming increasingly common nationally across all age groups, fueled in large part by prescription drug abuse. Many people, including teens, who abuse prescription pain medications turn to heroin because it is more affordable and easier to get. Because of the seriousness of heroin addiction, it is important to be aware of the signs of abuse so that your teen can get help. Consider contacting a substance abuse center in Fort Lauderdale if you recognizing these symptoms of heroin use in your teen.

Heroin abuse causes many different physical symptoms, some which occur at the time the user takes heroin and others that are chronic symptoms that develop over time. If your teen is under the influence of heroin, he or she may appear flushed and complain about a dry mouth. It may be difficult for him or her to carry on a conversation, and he or she may nod in and out of sleep. It’s common for people to scratch a lot while under the influence and to become nauseous. Breathing may also be slowed. Over time, if your teen has a heroin addiction, he or she may experience collapsed veins, track marks from frequent injections, and abscesses. Blood infections, including HIV and hepatitis C, and other infections that harm the heart, are also possible.

As with alcoholism and other types of drug abuse, teens that use heroin typically begin to get in trouble at school and let their grades slide. Your teen may withdraw from family events or become distant from his or her usual group of friends in favor of a new group. Drastic changes in appearance, depression, anxiety, and increased anger are also possible. Some teens also begin to engage in illegal behaviors, including theft, and begin to steal from people close to them. These behaviors typically become more severe as the abuse progresses, as teens become increasingly overwhelmed by addiction.

Scroll back to top
MENU